The team is updated 10 min before the match

So here we go with the season starter and this math is beening very been the last year final and the match is been the most been build on the side of the win.

the biggest team of the season are going to face of each other today.

The CSK is been the same at the most of the time as i am saying it from the last year becaus e they have gona with the same team witch they have last year the same year they won the tiral and the most importent having the almost same team having two side sharp blade which have cut other and cut overself too.

their main and the turn point of the KKR they have Iyer this year with them he is in a meggical form of the carrier it is beeen the same like they have in the team with the indian team the kind of team.

KKR is been always a black hourse of the IPL as same as this year if they play like how it is with other they may win single handidly but they are like perffomae and non performer at the same time.

Lets go with the team and make it this year again.

CSK just hade a over hand on KKR over the year lets see how KKR have captain it  and work on it to change this and mover forward from it. How we have and play with it and make it all well and play with it. so now we are hear and make their planes work and now just make it going all along of its on. so lets see how it goes for both of team this year.

Also this year both the team have new caption on there side CSK have Ravinder Jadeja and other hand KKR have Shreyas with them so the two new caption with the same power and lets go and enjoy “India ka tiohar”.

Which is the best dream11 prediction app Playing11.mindortech.com 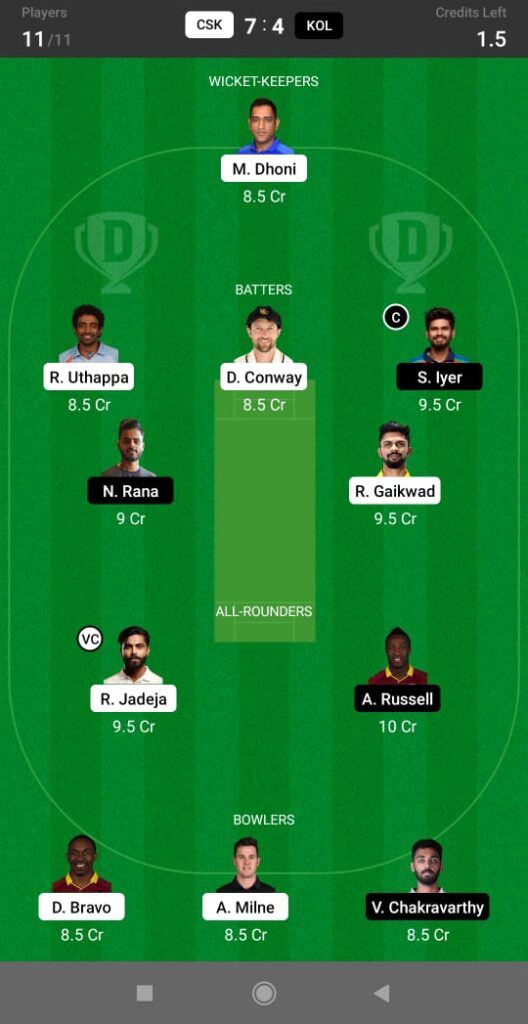