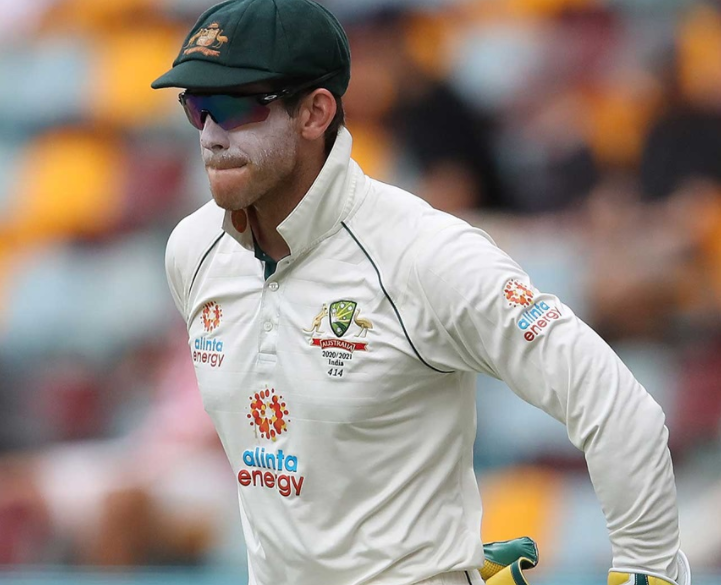 Paine takes leave of absence from all cricket

The Pat Cummins is the new Captian of the team

Former Test captain Tim Paine will take an indefinite leave of absence from all cricket “for the foreseeable future”, making the shock announcement just 12 days out from the start of the Ashes.

Paine’s manager, James Henderson, said he is “extremely concerned” for the wellbeing of Paine and his wife, Bonnie after details of a sexting scandal became public a week ago. 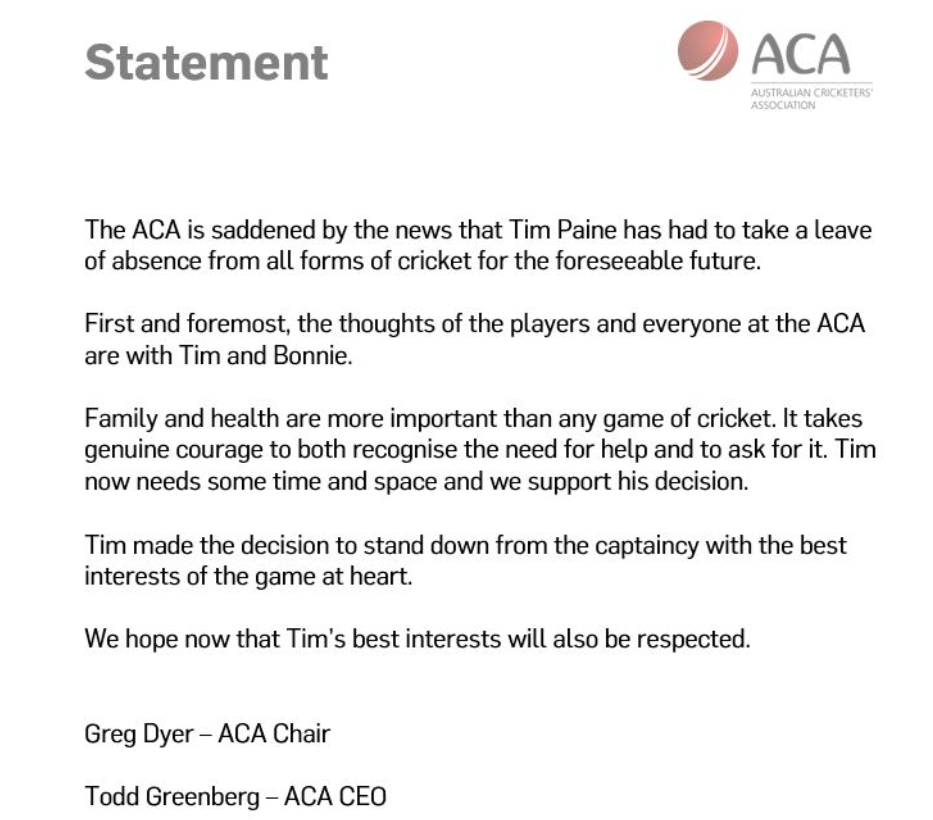 “Confirming that (Paine) is stepping away from cricket for an indefinite mental health break. We are extremely concerned for his and Bonnie’s well-being and will be making no further comment at this time,” Henderson wrote on Twitter.

Paine said last week that he had planned to retire from Test cricket after a successful Ashes series this summer, but no firm decision has been made on when, if at all, he will return to playing.

A more immediate on-field concern for national selectors is who will take the gloves for the first Vodafone Ashes Test at the Gabba in less than two weeks.

Alex Carey and Josh Inglis are the lead contenders to take Paine’s spot, with the pair named in Australia A squad that will assemble in Brisbane this weekend. Both will now have the opportunity to keep wicket at Australia’s intra-squad practice match next week.

The identity of Paine’s replacement as Test skipper is also expected to be announced soon, with Pat Cummins widely seen as the favorite for the job.

While Paine had stepped down as captain last week, he had expressed his desire to keep playing and was the only wicketkeeper in Australia’s 15-player squad for the first two Ashes Tests.

He also won the support of his teammates this week, with spinner Nathan Lyon labeling Paine “the best wicketkeeper in the world”.

Paine took part in a second XI game for Tasmania this week, his first match since off-season neck surgery, and had been named to play a Marsh One-Day Cup game for the Tigers today where he was set to keep wicket and bat at No.3.

He was then expected to fly to Queensland on Saturday to join Australia’s Test squad.

‘Born leader’: Cummins in the frame to take Test reins

But in a shocking statement this morning, Cricket Tasmania confirmed the 36-year-old would instead be stepping away from the game.

“Following discussions over the last 24 hours, Tim Paine has advised Cricket Tasmania that he will be taking a leave of absence from all forms of cricket for the foreseeable future,” the statement read.

“Tim’s decision makes him unavailable for selection for today’s Marsh One-Day Cup match against Western Australia. His place in the squad will be taken by Charlie Wakim.

“Cricket Tasmania will continue to support Tim and his family both professionally and personally over the summer.”

Paine informed selectors of his decision to step away just an hour before the news became public this morning.

Last Saturday, in his only interview since resigning as skipper, Paine conceded the scandal had taken a significant toll on himself and Bonnie.

“Not so well,” Paine told the Herald Sun when asked how he and his wife were coping.

“I feel terrible, to be honest. Although Bonnie and I have both known about all this for three years, to have it played out like this is distressing, and upsetting, and I’m embarrassed. Embarrassed. I feel sick for Bonnie, and my family more than anything else.”

Bonnie Paine added: “I feel a bit frustrated that it’s all been brought up and aired in the public when we’d put it to bed years ago. I have moved forward since then. I feel like there is a lot of injustice for it being dragged out again.

“It seems unfair that it’s being aired out to everyone else to view and judge.”

In that same interview, Paine stressed his desire to continue playing, despite no longer being captain.

“Resign, or don’t resign – they were the alternatives,” he said.

“I wasn’t going to retire, I’d been pretty clear I wanted to keep playing, and potentially finish after this Ashes series. I see that as the ultimate high, to be able to finish your Test career after winning an Ashes series in Australia. That’s the dream. That’s what I want to do.”

Former Test captain Ricky Ponting, a former teammate and close confidant of Paine’s, told cricket.com.au this week the fallout from the sexting scandal would be disruptive as long as Paine remained in the Ashes squad.

“I think inevitably it will (be a distraction),” Ponting told cricket.com.au. “Yes, he’s made a huge call for himself, for Australian cricket, and the betterment of the Australian cricket team. But it’s not going to go away.”

Ponting tipped the experienced Carey, Australia’s ODI vice-captain, to replace Paine for the Ashes if the Tasmanian isn’t available.

But he said Inglis, who is uncapped at the international level and four years younger than Carey, is an exciting long-term prospect.

“If Paine doesn’t play in Brisbane, the obvious one is Alex Carey,” Ponting said in an interview before Paine had stepped away from the game.

“I’m on record saying I love Inglis – I think he’s going to be a really good cricketer for Australia for a long time in whatever format they pick him in first, whether it’s T20s, one-dayers, or Test cricket.”